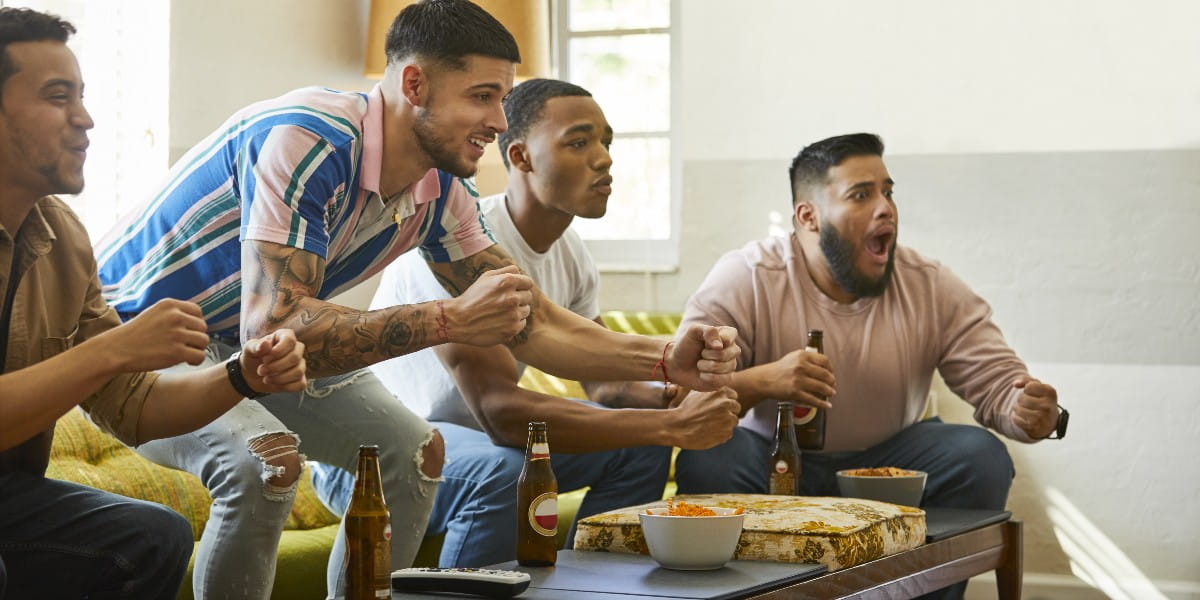 Hockey is Canada’s national sport. And when you gather around the TV to watch a big hockey game, there’s no better way to feed your passion for pucks than with a hearty spread of hockey food recipes of snacks and drinks, whether you’re cheering on your favourite team in the finals or the gold medal game.

Classic Canadian poutine, BBQ steak with beer sauce, and teriyaki turkey burgers are just some of the winning recipes that will be a big hit with fellow Canadian sports fans, friends, and family. Even when you’re glued to the action, you don’t want to miss dessert, and Clubhouse offers sweet dessert recipes that are as easy as scoring into a wide-open net.

While many Canadian hockey fans love to wash down their snacks with ice-cold beer, we’ve got more great drink recipes that are perfect to swig when you celebrate a winning goal. Let’s find out how to eat and drink like champions with these hockey game food ideas.

Foods To Eat And Drink While Watching Hockey 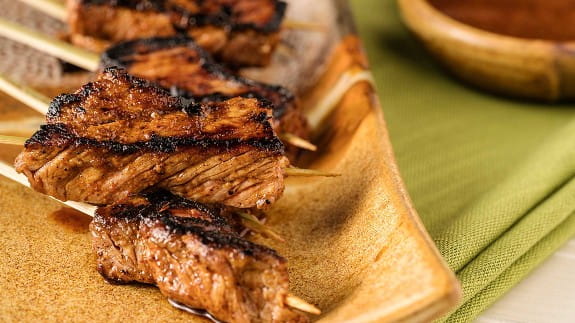 Grilling steak is an awesome pre-game ritual. During the hockey game, these BBQ steak skewers – paired with a mouthwatering spicy dip that incorporates applesauce – make handy, satisfying snacks, whether you’re chilling in your recliner or up and cheering. Want to mix up this hockey food recipe? Honour the city that’s won the most pro titles with Montreal Steak Marinade.

Try these skewer recipes as well: 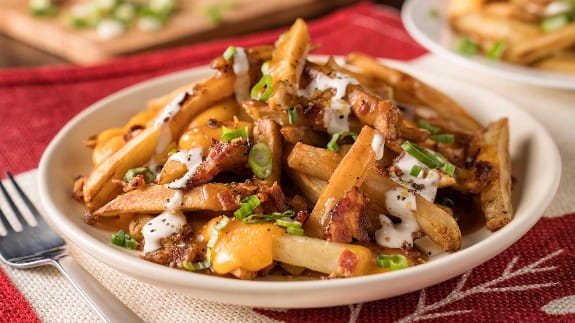 Poutine – French fries with cheese curds and gravy – is such a taste treat that when St. Louis won its first title, Canadian team members ate it out of the championship trophy. Our poutine recipe elevates this shareable favourite with crumbled bacon and Montreal Steak Spice Seasoning. Whether or not you cheer for a team whose logo features wings, you’ll love these easy-to-grab, grilled chicken wings, best-enjoyed with Homemade Wasabi Furikake Seasoning. 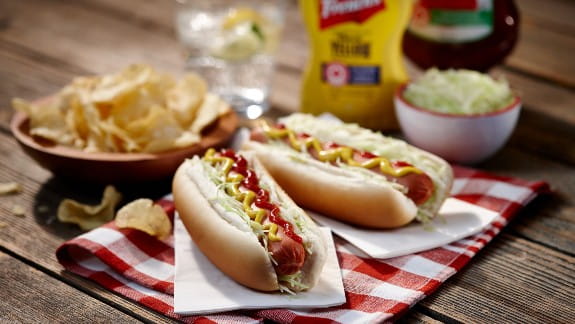 Arguably the greatest hockey player of all time once confessed he liked to eat hot dogs before every game. You can elevate your game too with these delicious hot dogs, featuring French’s mustard and ketchup and shredded cabbage.

While you're cooking your hot dogs, grab some more ingredients to make these as well: 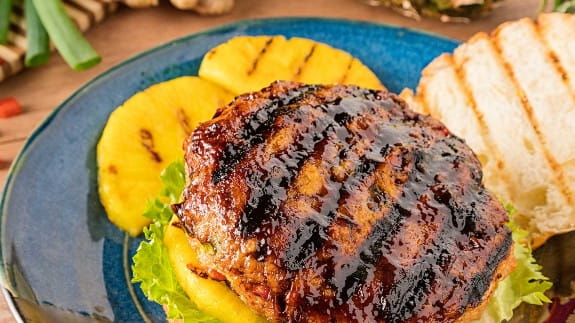 There’s no elite pro hockey team in Hawaii (yet!), but the pineapple garnish on this delectable teriyaki turkey burger can put you in a sunny mood from puck drop to the final buzzer.

Fire up the grill and give these hockey game day burger recipes a try: 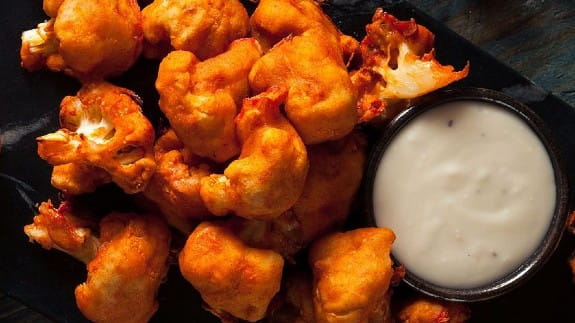 Over the years, Buffalo has hosted some of the world's best hockey players, and you can live your best life with these signature Buffalo Cauliflower Bites. Try them with Southwest Lime and Yogurt Dipping Sauce.

Got a lot of cauliflower? Make these recipes to enjoy an even bigger spread:

Desserts That Will Get You Cheering 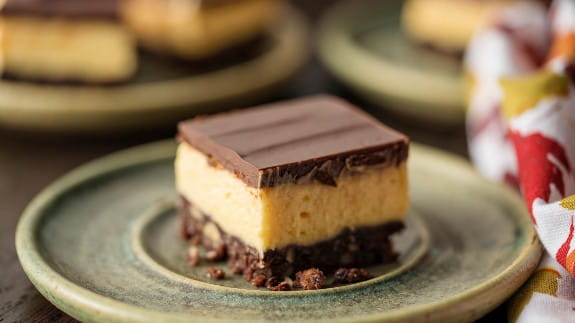 Canadian hockey parents guzzle coffee and donuts in cold community rinks, but you can heat up dessert time with these playoff-ready donuts, served hot and fresh. Take your game to the next level by adding seasonal fruit and whipped cream.

Take a bite of these delicious donuts too: 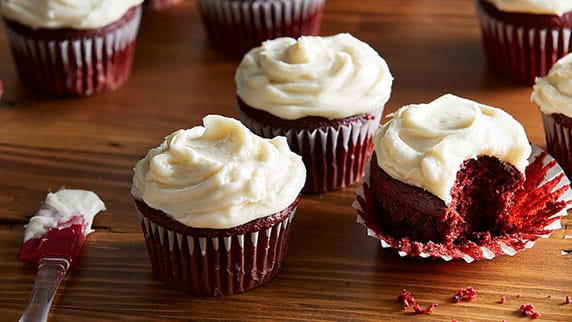 If you're a fan of a hockey team that wears predominantly red colors or has red as an alternate color, then these red velvet cupcakes are a great way to show team spirit. Alternatively, you can show your team spirit for any team with School Spirit Cupcakes.

Drinks To Enjoy With Hockey Games 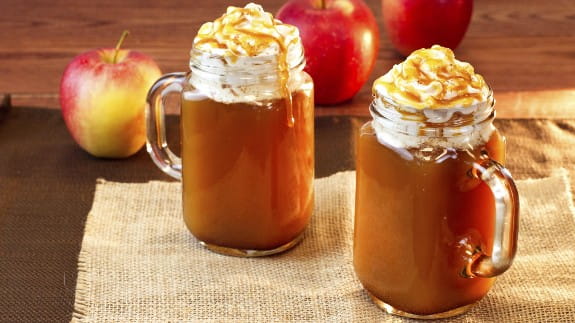 This scrumptious apple cider will warm up your hockey-loving heart, whether it’s a rainy day in Vancouver or a snowy night in Toronto. With a whipped cream garnish and extra caramel topping, it does double duty as dessert.

Mix up some ingredients and give these tasty cider recipes a try: Fun fact: some of Canada's most famous hockey gold medalists are Ontario-raised players of Irish heritage. To pay tribute to them, toss back this compelling cocktail with Guinness Extra Stout, Irish whiskey, and crushed caraway seeds.

Make a colorful drink to match your team's colors: 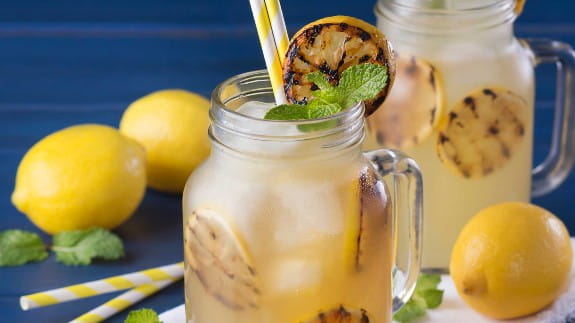 Hockey is a winter sport, but its biggest championship trophy is usually awarded in June. Grilled lemon slices and mint sprigs add a distinctive character to this refreshing drink, which tastes perfect all summer long.

Here are more drinks to help wash down your delicious hockey game day meals and snacks:

Find more game day recipes to help cheer on your favourite team on the ice!