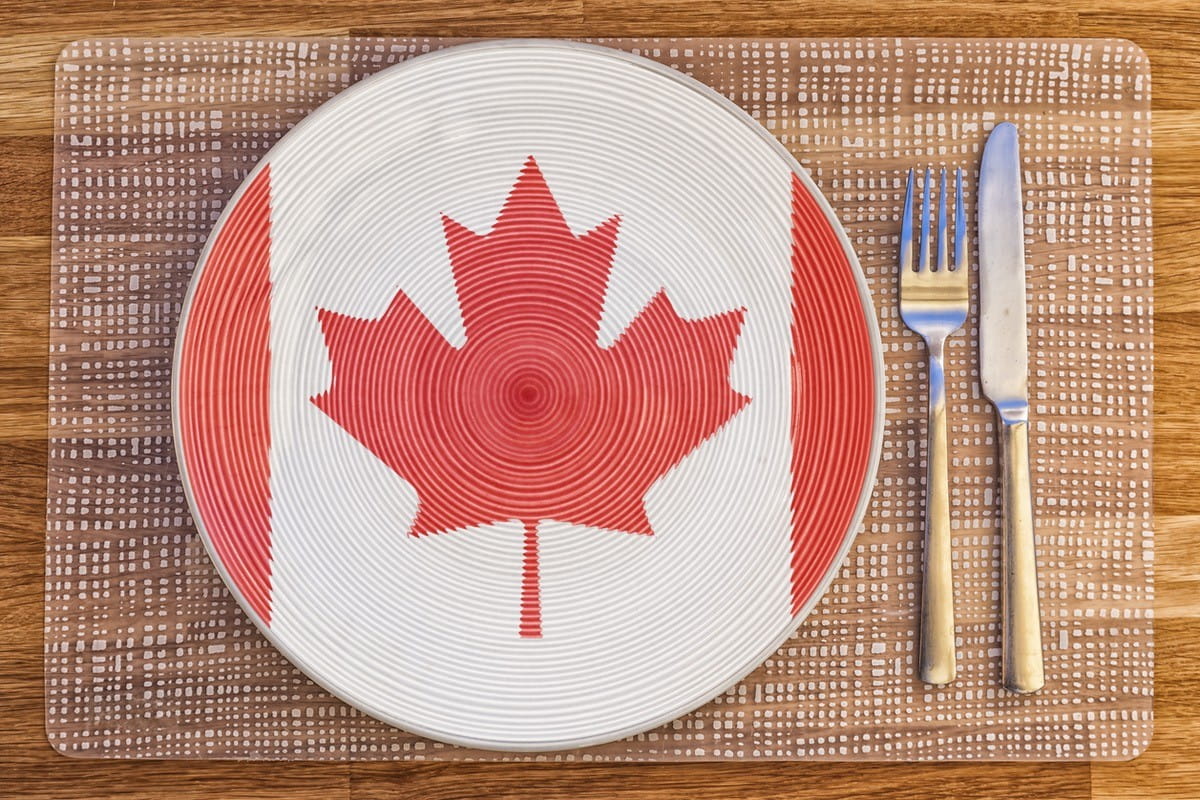 When people around the world think of Canada, they'll often imagine Mounties, moose, and maple leaves. But let's not forget the rich heritage of Canadian food. There's no shortage of Canadian dishes to inspire your appetite. With their origins deeply ingrained in Canadian history, these Canadian dishes are what makes the country such a rich culinary hotspot.

What Food Is Canada Known For?

If there's a national food of Canada, then poutine is it. Originating in Quebec, it elevates the humble french fry to legendary status with a salty topping of cheese curds and brown gravy. It didn't take long for the entire country to embrace it, making it an iconic Canadian food.

Another example of Canadian cuisine is peameal bacon. This is a food that originated in Canada after travellers rolled bacon in peameal to preserve it. Today, you'll find this Canadian lunch meat in sandwiches across Ontario.

While we're talking meat, let's spend a minute on steak. We wouldn't put such a generic food on the menu were it not for Alberta beef. Try this Pan-Seared Steak recipe with some AAA prairie beef to see why Canadians nicknamed Calgary 'Cowtown'. 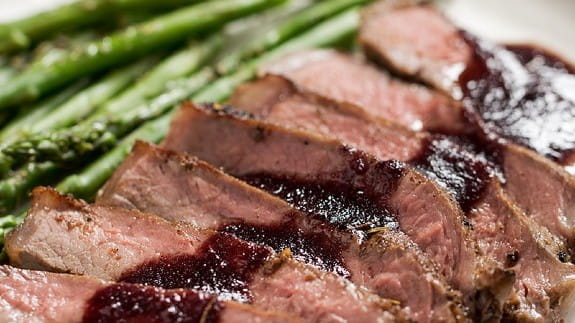 Why Montreal Makes Some Of The best Food In Canada

The prairie doesn't have a monopoly on iconic beef, mind you. Montreal steakhouses are world-renowned, thanks in part to what they put on the beef. Montreal Steak Seasoning has become a favourite component in Canadian cooking, gracing barbecues across the country. Use our Montreal Steak Spice Seasoning as a dry rub, or combine with soy sauce and oil for a fantastic Montreal Steak Marinade that you can use to make Montreal Steak Marinated Ribeye with Smashed Potatoes. Montreal's famous seasoning is also a key ingredient in famous smoked meat dishes like this Montreal Smoked Meat Sandwich. 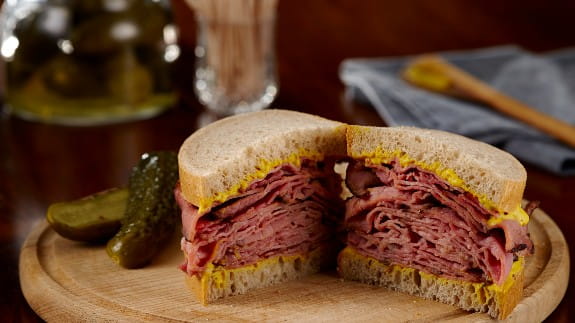 It might just be a crime in Canada to use the words 'Quebec' and 'meat' without mentioning the Tourtiere. This traditional Canadian food is a Christmas favourite, mixing ground pork, beef, or veal with potatoes and spices. You'll never look at meat and potato pie the same way again.

Canada sits between the two biggest bodies of water in the world, and is also filled with lakes, so we can't discuss Canadian food without looking beneath the waves. Salmon is an iconic Canadian food. It's eaten candied, baked, and even barbecued on a cedar plank. For a simple 25-minute Canadian dinner, try our Savoury Crusted Salmon recipe. 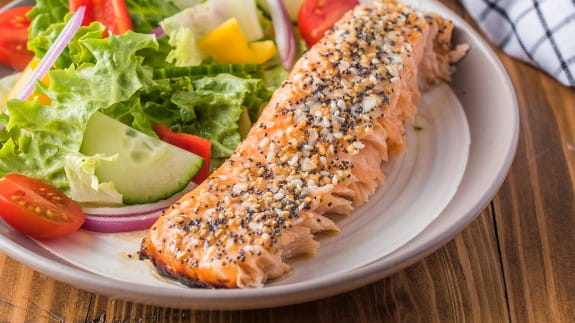 There's another flavour that goes nicely on salmon: maple. Given that the maple leaf is Canada's national symbol, it's no wonder that its sap pairs well with everything from pancakes to bacon and beyond. Try this Maple Apple Grilled Cheese sandwich for a lunchtime treat.

There are other dishes that might seem global but are foods that originated in Canada. Split pea soup is one of them. It's eaten worldwide but is steeped in Canadian history. Explorers made it from durable cured meats and dried peas on long expeditions into Canadian the interior.

On their travels, they might also have encountered a popular Canadian food among indigenous folks at the time: Bannock. This scone-like bread has a Scottish name but is common among the Inuit and other First Nations communities. Canadians have adapted basic dough, flattening and deep frying it to create beaver tails, or its pan-friend Nova Scotia variant, the touton.

Canada definitely has a sweet tooth. Vancouver Island's Nanaimo invented Nanaimo Bars, which have been an iconic Canadian food since the fifties with their irresistible mix of coconut, graham cracker crumbs, and cocoa. Another favourite food in Canada is the butter tart, which goes back further to around 1900, mixing butter, sugar, and eggs in a crumbly pastry crust. 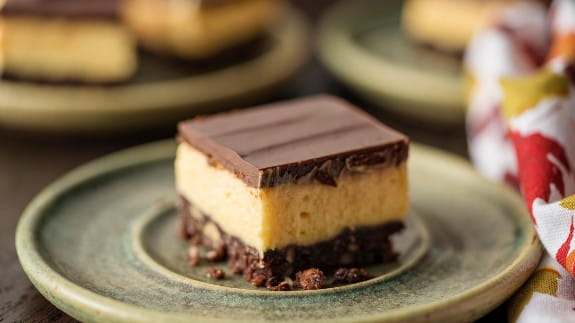 Baked goods are a popular Canadian food, perhaps due in part to its enormous grain output. The prairie is the world's bread basket, and French Canadians use its malt to make the signature hand-rolled Montreal bagel, which is blanched in honey water.

If you want some jam on that bagel, look no further than the Saskatoon berry, which is native to the area but beloved by the whole of Canada. Alongside jam, it also features in Saskatoon berry pie.

Would you like a drink with any of that? There are some beverages that were born in Canada, including the London Fog, a mixture of Earl Gray tea, frothed milk, and vanilla syrup. Or for something a little stronger, try the Caesar. A Calgary invention, this Clamato juice and vodka concoction sports a dash of Worcestershire sauce and a salted rim. Our Caesar with Applewood Bacon Grilling Salt will go nicely with that Cowtown steak. 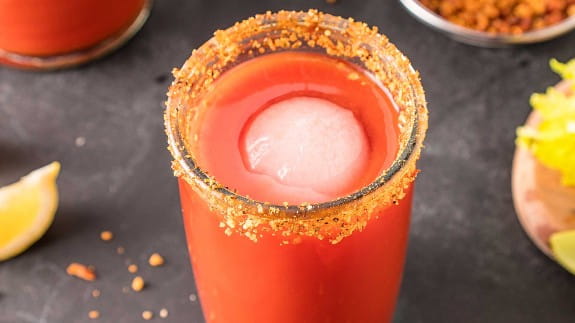 Visitors! After you've toured Canada's unique terrain and sampled its culture, prepare yourself for some quintessentially Canadian cooking. Canadian cuisine has something to offer everyone. As you tuck into your meal or raise your glass, you're likely to hear a story about how the food came to be - and maybe take some kitchen ideas back home.

Try Some Of Our Favorite Recipes At Home