What Is Canada Day?

July 1 is Canada's birthday. It's the date on which three separate colonies – Canada, Nova Scotia, and New Brunswick – became a single dominion in the British Empire. It happened back in 1867, which means that if Canada had a birthday cake, there would be an awful lot of candles on it.

How to Celebrate Canada Day

Luckily for Canadians looking to kick back on the deck with a cool drink on Canada Day, Canada doesn't do cake for its birthday. It does meat and seafood, and it does it in the barbecue. There's nothing quite like BBQ food to celebrate Canadian cuisine, and early summer is the perfect time to do it. Here are some classic summer BBQ recipes to enjoy as the fireworks fly.

Must Have BBQ Recipes For Canada Day

Burgers are often a go-to choice when sparking up the grill. You can take the traditional BBQ hamburger up a notch by putting some BBQ Burgers with Smoked Gouda & Portobellos on the barbie. Portobello mushrooms and smoky Gouda create the perfect complement to lean ground beef and panko bread crumbs. 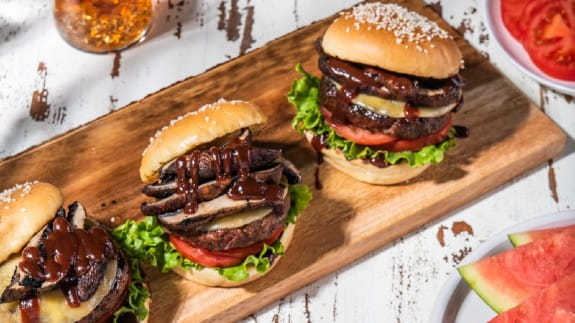 If you feel like something a little lighter, try an Asian-inspired take on traditional burgers with our Ginger Teriyaki Turkey Burger recipe. Pineapple slices and One Skillet Teriyaki Stirfry create sweet, subtle flavours in a bun. Be sure to cook extra, because the family will want seconds.

With beef and poultry covered, let's not forget the other main BBQ food group: pork. This BBQ Pork Loin with Chili Sauce combines boneless pork chops with Asian sauces, cilantro, and Sweet Red Chili Sauce to create a disk inspired by Thai Kaw Moo Yang. Waiting for them to marinate for three hours is the hard part. Eating them is the easiest thing you'll ever do. 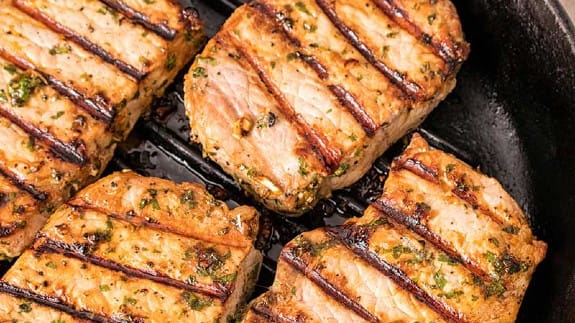 While we're touring pork country, let's not forget BBQ ribs. Ribs are great on their own, but our Smouldering Smoked Applewood Seasoning takes them to the next level as part of this Grilled Applewood Baby Back Ribs recipe. While our Pork Loin with Chili Sauce is long on marinading time and short on cooking time, this BBQ recipe is the reverse. Can you stand waiting up to three hours while these ribs smoulder on the grill, tantalizing your senses? There's only one way to find out. There's another grilling favourite that also benefits from long cooking times: BBQ brisket. This cut is from the lower breast of the cow, which is heavily exercised with lots of connective tissue that makes the meat tougher than many other cuts.

Slow cooking helps to break down brisket's toughness, creating a texture and flavour that's second to none. That's why these Japanese 7 Spice Brisket Sandwiches with Fennel Slaw sit for hours on the grill. The recipe is also more complex than most. You'll understand why on your first bite. For something shorter and simpler, BBQ steak is the way to go, but that doesn't mean you can't get creative. This Walk Away Steak with Chili Beer Dip re-imagines steak on a skewer, with a sweet beer and apple sauce marinade that's so good it doubles as a dip. Ten minutes of prep, 30 minutes of marination, and eight minutes on the grill will bring you an appetizer or main course you'll be proud of. Alternatively, swap out some surf for that turf with these Thai Shrimp Skewers, which use our Thai Chili and Ginger Sauce for some sweet spice on a stick. That's just one seafood option that awaits you this summer. Another is BBQ salmon. This Grilled Thai Salmon recipe can be on your plate in 15 minutes without trading flavour for speed.

Canada Day is the perfect time to light up the gas or fire up the charcoal. However you like to barbecue, you'll be guaranteed a good time with this BBQ ideas. After all, birthdays only come once a year.

Check out all of our grilling recipes for more cooking ideas.