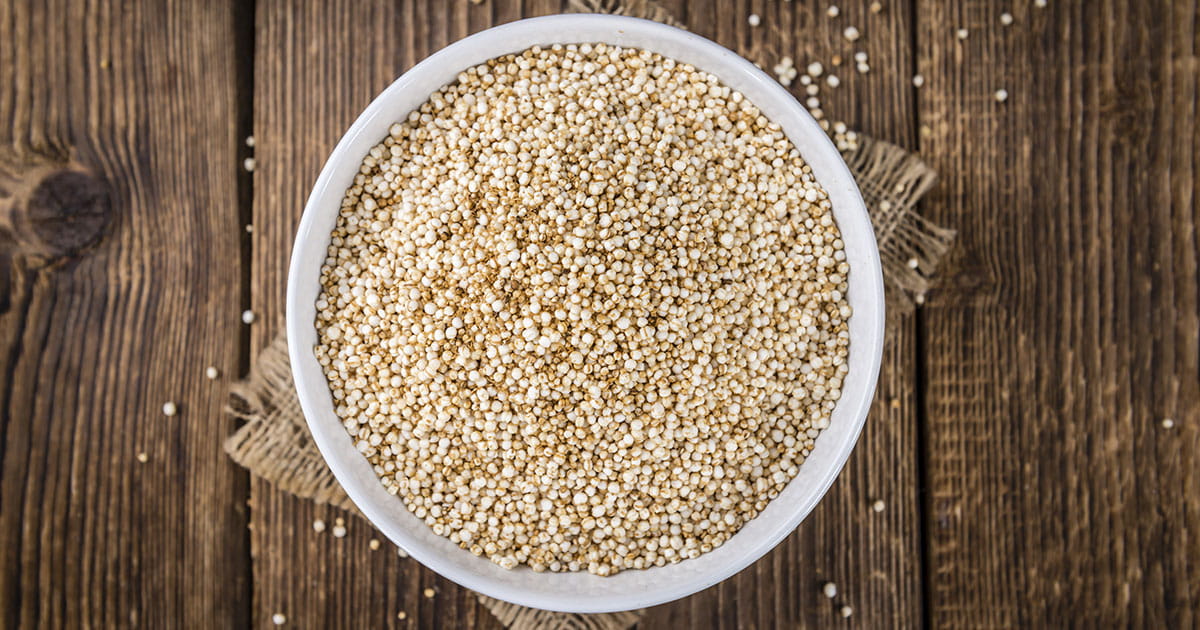 With a satisfying chew and mild, nutty taste, delectable quinoa (pronounced KEEN-wah) is renowned as a wholesome and gluten-free ancient grain (though really a seed) with origins rooted in the Andean region of South America many centuries ago. Nowadays, it’s enjoyed around the world, thanks in part to its appealing flavour as well as its impressive array of vitamins and minerals.

Quinoa is both easy to prepare and incredibly versatile, whether enjoyed as part of Meatless Monday, in place of rice in stir-fries and pilafs or added to salads and soups. Here are some tasty ideas to get started.

1. Covered: Use two parts water (or broth) to one part quinoa. In a saucepan, add quinoa to boiling liquid; return to a boil, then reduce heat, cover and simmer until liquid is absorbed, 12 to 15 minutes. Remove from heat and let stand for 5 minutes. Fluff with a fork.

2. Uncovered: Cook quinoa in a large pot of boiling water until tender, 12 to 15 minutes. Drain in a fine mesh sieve (do not rinse); return quinoa, still in the sieve, to the same pot. Cover and let stand for 5 minutes. Fluff with a fork.

Icing that Takes the Cake Icing that Takes the Cake

Whether topped with colourful candles or adorned with sugar sprinkles, there’s nothing else quite like an icing-topped cake or tray of frosted cupcakes to evoke smiles and... There are very few dishes as closely tied to a holiday celebration, such as Hanukkah, as latkes. Get ready for Hanukkah with this step by step guide...

Picture the leaves turning red and yellow, a cheerful fire crackling in the fireplace, and the rich, warm scent of butternut squash soup wafting through your home....